After a successful public engagement event we are now ready to work in several local areas to lay the ground for the introduction of the currency. We produced an article on this for the Evening News with Steve Burgess, and the council have agreed to develop a strategy to support community groups in their efforts to establish an Edinburgh pound. We want to stress that the council are not providing any funding to this initiative of Transition Edinburgh, PEDAL Portobello, Transition Edinburgh South, SEED, Greener Leith and Bridgend.

The proposal is for a 'Euro style' currency which would have standard 'Edinburgh Pound' features on one side, and a local variant on the other e.g. A Portobello pound, or a Morningside pound... Local pounds from different areas will be useable in any participating shops around the city, but would also retain a sense of local distinctiveness.

Next steps:
1. Work with local action groups and organisations who would like to take part in the scheme to set a strategy for engaging our local shopkeepers, tradespeople, key organisations and the wider public.

2. Research how best to implement the scheme by contacting and learning from other local currencies. Including asking them:

(i) Whether traders offered a 5% discount to users of the local currency and what impact that had?
(ii) How much leakage there was (i.e. how many pounds were taken as souvenirs, effectively putting 'free' money into the system)?
(iii) How they managed to protect their currency from being copied?
(iv) Whether and how they involved their local authority or other large local players? (e.g. Bristol is aiming to enable Traders to be able to pay their Business rates with the Bristol Pound)

If you are willing to contact other local currencies and research some of these questions before the August meeting, let us know!

3. Explore the possibility of introducing a parallel electronic currency for easy payments (Bristol are planning on a sim based mobile phonecurrency).

4. Examine whether there are local issues which could be used to help a local currency to take off in particular parts of Edinburgh.

For example, in Morningside shoppers and traders are very concerned about the possibility of a new Sainsbury's and so using a local currency could be a way of helping build support for the local economy. Meanwhile in Portobello, the fact that the Local 'Porty Shopper' bags - 'Think Global, Shop Local' - were snapped up so fast demonstrates that people are clearly wanting to identify with and support local traders.


Hope to see you there!

Eva and Justin (for the Edinburgh Pound project)

Please book your place via this link

Here are the websites of the organisations involved:

Freeconomy http://www.justfortheloveofit.org/
Posted by omnium gatherum at 2:51 pm No comments:

Local Agenda 21 is a local-government-led, community-wide, and participatory effort to establish a comprehensive action strategy for environmental protection, economic prosperity and community well-being in the local jurisdiction or area.

- Involve the widest community: police, business, citizens groups, housing associations.
- Meet local needs: ask people what they want, what are their expectations of LA21.
- Work within the resources of the community.
- Use existing networks.
- Make LA21 a priority for all departments at the municipal offices.
- Allow time - its a long process.
- Make sure there is trust among the stakeholders in the LA21 process before going public.
- MAKE IT FUN!

You don't have to participate in a local currency or service exchange to be part of the cooperative gift economy. Any time you do a favor for a family member, neighbor, colleague, or stranger you're part of it. Here are some ways you can spend time in the gift economy, where you'll find fun, freedom, and connection.

1. Start a dinner co-op. Rotate among the homes of friends and neighbors for weekly or monthly potlucks.
2. Help a local farmer with the harvest in exchange for some of the crop.
3. Put up a traveler.
.
.
.

LINK
Posted by omnium gatherum at 12:20 am No comments:

Moffat CAN and GROW ALLOT - Your city CAN too!

Moffat CAN is a community-owned company and charity. Our aims are environmental protection, relief of poverty and, especially, carbon reduction. CAN stands for Carbon approaching Neutral. 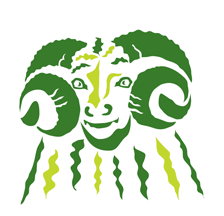 CAN's project is GROW ALLOT. Greatly Reduce/Re-use/Recycle Our Waste and Lead Local Organic Trade, Grow Allot, is a holistic project which sees us launch an organic community garden, allotments, and establish a recycling service, while restoring a church in the process. From 2011 onwards we will be continuing to develop as a social enterprise creating green jobs, work experience and training.

And it has a very nice website: LINK
Posted by omnium gatherum at 1:16 pm No comments: 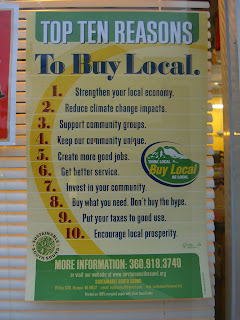 Philosophy goes to the movies: an introduction to philosophy
Posted by omnium gatherum at 12:54 pm No comments:

The next Edinburgh local currency working group meeting will be on Tuesday 22nd February from 1900-2100 at the Edinburgh Uni Library Cafe.
(directions at About)

Presentations from the Local Economy Day in Findhorn

Minutes from last meeting
Posted by edinPound at 8:11 pm No comments:

Email ThisBlogThis!Share to TwitterShare to FacebookShare to Pinterest
Labels: news

RSF believes that inquiry and dialogue are essential tools for transforming the way we work with money. We are committed to creating frequent opportunities for our community to engage in exploring the role of money and finance in our lives.

We have hosted events focused on exploring the personal and social dimensions of money and financial relationships. For many years, RSF led an informal network for these events called the Transforming Money Collaborative, which held a series of gatherings on Money & Spirit, Money, Race, and Class, Money & Intuition, and other related subjects.

An online conversation about the nature of money.
Posted by omnium gatherum at 1:40 am No comments:

Towards a 21st Century Banking and Monetary System

Submission to the Independent Commission on Banking (39 Pages)

nef and Positive Money show why systematic reform of the banking and monetary system is urgently needed.

In collaboration with:
Centre for Banking, Finance and Sustainable Development
University of Southampton, School of Management
(Professor Richard A. Werner)


This submission outlines a proposal for full-reserve banking, where the transactional function of banking (the payments system) is separated from the lending function. This system would be stable than under the current business model, which is often labeled ‘fractional reserve banking’ 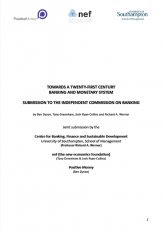 Posted by omnium gatherum at 2:30 am No comments:

Demanding a banking system that works for society and not against it!

This year the government will decide what to do to fix the banks. We have to make sure they make the right choice.


High-street banks have been creating up to £200bn of new money every year, causing massive inflation (especially in housing) and saddling the public with debt. We can't trust profit-seeking bankers or vote-seeking politicians to create money, as the temptation will always be for them to create too much. So instead we need an independent, transparent and accountable body that is responsible for creating money and keeping inflation low. We suggest that the Monetary Policy Committee should have this task.

Have a look at the very well developed website, loaded with tons of information including a complete proposal for a new national wide currency system. LINK

Posted by omnium gatherum at 2:18 am No comments:

George Osborne says that we all must pay more taxes and receive fewer public services. According to the chancellor there is no Plan B for the UK economy - but he's utterly wrong.

We could make one simple spending cut that could make all others unnecessary.

Here's Plan B: cut the benefits to bankers!

Posted by omnium gatherum at 1:51 am No comments:

This magazine exists to serve the whole community of innovators, implementers and users of complementary currencies. Contributions of stories and material support are invited.

The new issue Februar 2011 is just out and free to download.

Website of the CC Magazine with the last 12 issues full accessible. 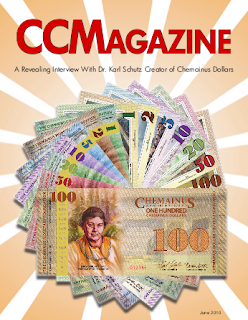 Posted by omnium gatherum at 1:39 am No comments:

First one:
CommunityForge.net
Tools for localisation

Our hosted website makes building and managing your community easier, and it's...

Powered by Insoshi
Insoshi is a social networking platform in Ruby on Rails. You can use Insoshi to make custom social networks; see the Insoshi demo site for an example. For support, join the Insoshi Google group.
Posted by omnium gatherum at 1:28 am 1 comment:

Posted by edinPound at 4:13 pm No comments: